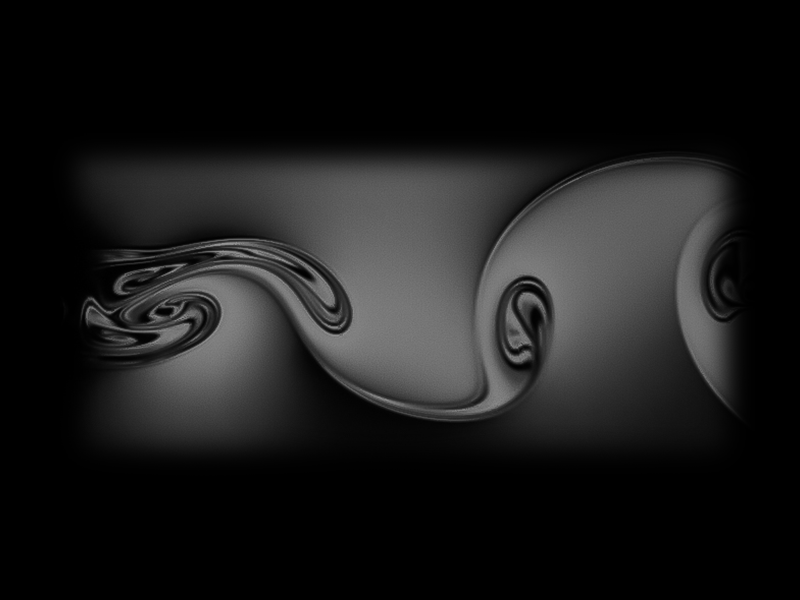 09 Sep Soap Film Patterns Versus Flow Structures: Do they match?

The value of the flowing soap film as an experimental platform depends on its ability to approximate the two-dimensional Navier-Stokes equation. A variety of experimental techniques have been applied to characterize the soap film patterns, with the measured quantities being the thickness and the velocity of the soap film. Interferometry and Schlieren techniques are qualitative techniques to visualize the thickness variations and associated flow structures. Also, PIV is a common tool used to quantify the velocity of soap films. Despite the efforts for characterizing the soap film patterns, there remains a need for direct validation of soap film flows as a proxy for two-dimensional incompressible Newtonian flows. Therefore, we address the connection between flow structures and soap film visualizations by developing a unique apparatus for conducting simultaneous and phase-locked experiments with interferometry and PIV. We develop a new methodology using BOS for measuring the relative thickness of soap films. Finally, we apply all three techniques (interferometry, PIV, and BOS) to characterize the soap film flow behind a circular cylinder, and quantitatively compare the wake with results in literature for three-dimensional flows for Re~100, 200, and 300.

We show the validity of using a flowing soap film system as a two-dimensional laboratory model of flow past a circular cylinder at low Reynolds numbers through a novel combination of qualitative wake visualizations and quantitative velocity measurements, and through a new quantitative method for determining the relative film thickness. We verify the correlation between interference fringe patterns and underlying flow structures by simultaneously obtaining digital Particle Image Velocimetry (DPIV) data and interferograms. We introduce a quantitative soap film thickness measurement method using Background Oriented Schlieren (BOS) to provide a spatially resolved (relative) thickness field. Vortex cores in the cylinder wake appear as low thickness zones, and the minimum thickness regions identified with BOS are shown to coincide with the vortex centers identified in phase-matched interferograms. The vortex positions and circulations in the soap film correlate well with those reported in the literature for the case of low Reynolds number flow past a circular cylinder.

Data used in this study have been published and are available in the Purdue University Research Repository (Title: On flowing soap films as experimental models of 2D Navier-Stokes flows. URL: https://purr.purdue.edu/publications/3805/1).

Processing codes used for this study are available at: